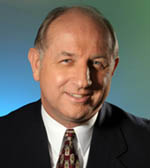 SPEAKER, AUTHOR, FACILITATOR, CONSULTANT
Greg Maciolek is Founder and CEO of Integrated Management Resources, Inc. (IMR), headquartered in Knoxville Tennessee. Maciolek has assembled a range of products and services that includes P: Assessments, Leadership, Productivity and Strategic Planning. IMR is dedicated to helping companies increase productivity and profit by developing and retaining leaders that inspire and manage people effectively. “People are not just the most important asset of a company, they are the company,” Maciolek states.

Greg has been involved in training for nearly 38 years; beginning as a first-line supervisor with General Motors assembly operations, followed by five years as a corporate trainer/independent training consultant with Ford Motor Company and later as a military commander. Greg utilizes “hands-on” training combined with peer interaction to achieve high return on the training investment. He is a respected author and speaker on workforce development issues.

After 26 years of distinguished service, Greg retired as a Colonel from the Air National Guard and the United States Air Force. He held senior level positions for the last 14 years of his career, including nine years as a commander of a flying group, responsible for United States air sovereignty. As a flying unit commander, he was equivalent to a civilian CEO, leading more than 1,100 personnel at two locations. The education center he commanded graduated 4,000 students annually. He led the early use of television production and satellite technology to deliver high quality distance education.